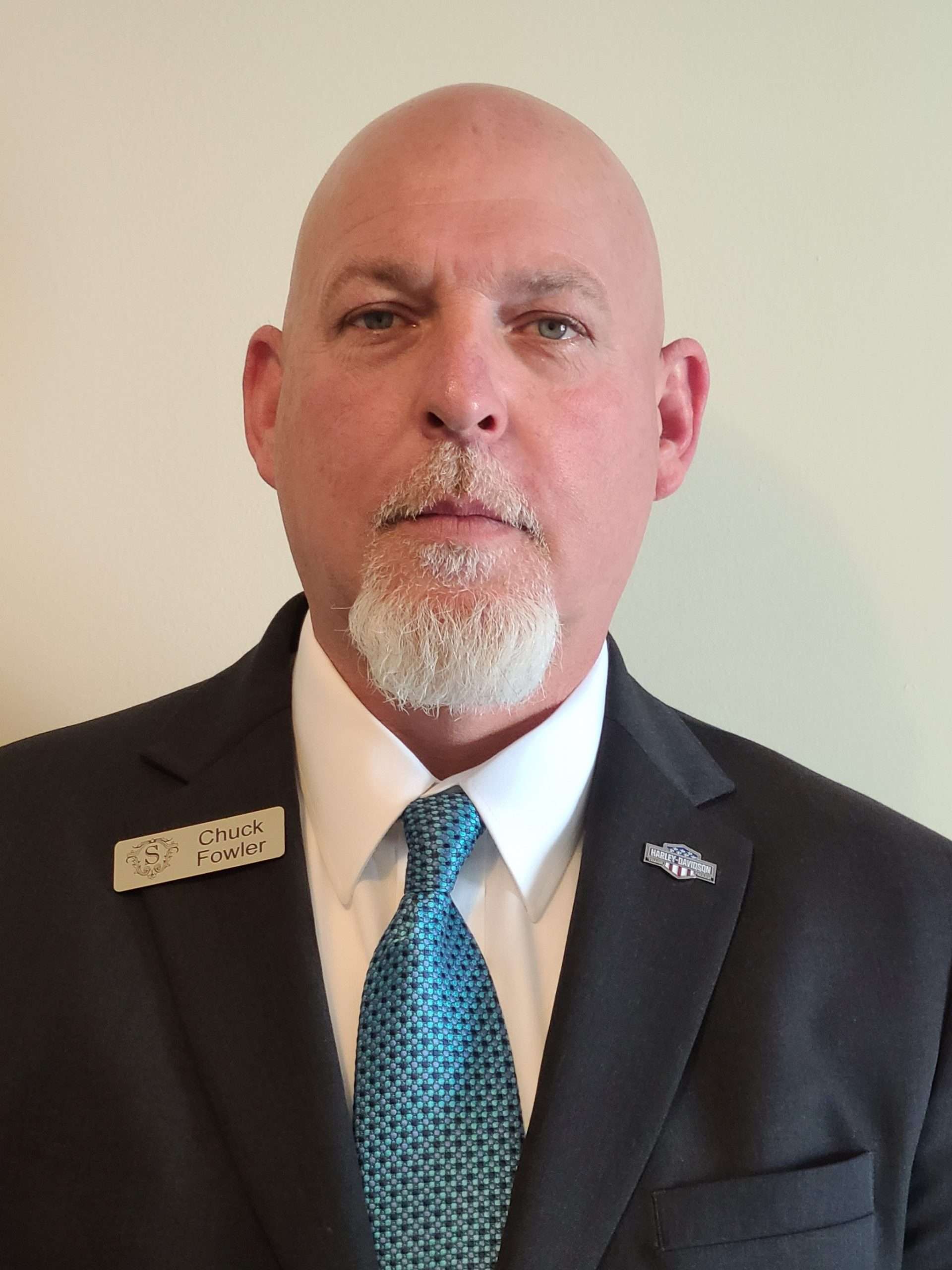 A lifelong resident of Inman, SC , he began his career in funeral service in November of 2005.  Chuck is a 2007 graduate of Piedmont Technical College and majored in Funeral Service.  After completing his career studies and apprenticeship, he became licensed as a funeral director and embalmer in November of 2008.  Chuck and his wife Dena have two sons, Colby and Carson.  He and his family are active members of Stable Life Worship Center in Inman.  He enjoys dirt track racing, riding his Harley whenever possible and spending time with his family.  Chuck joined the team at Seawright Funeral Home & Crematory in January of 2021.