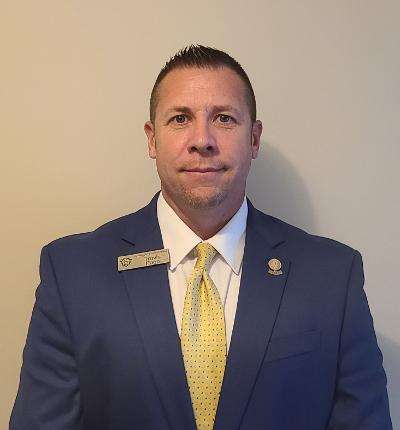 Travis began working at Seawright Funeral Home in 2000.   At that time, he started as a Part-Time Assistant, and immediately, he loved working with families and serving them during their time of need.

Now, Travis continues to serve the families of Inman and surrounding areas as a licensed funeral director. He first moved to Inman in 1999 after growing up in Landrum, South Carolina.

Travis and his wife, Brandy, have two children, Lilly Catherine and Jaxson Winn. They have four pets to keep them entertained: two dogs, Lola and Lexi; a cat, Jingle Belle; and a pig, Petunia.